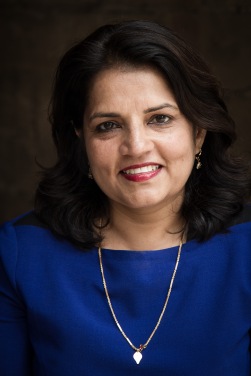 Meera Nair will be hosting a craft talk on March 18 from 1 to 3 p.m. Photo provided by the Center for Women Writers.

Patricia Spears Jones is the author of Painkiller, Femme du Monde, and The Weather That Kills, along with other poetry publications. She is also set to release a new text, A Lucent Fire: New and Selected Poems, in the fall of this year.

Meera Nair has had work appear in NPR (National Public Radio), the Washington Post, and New York Times. Her début collection, Video, has been well received, having earned the Sixth Annual Asian-American Literary Award for Fiction. It was also named one of the Best Books of the Year by the Washington Post.

In addition, the authors will be reading from their works in The Saal in Single Sisters House on March 18 at 7:30. This reading will be free and open to the public as are most Center for Women Writers’ events.