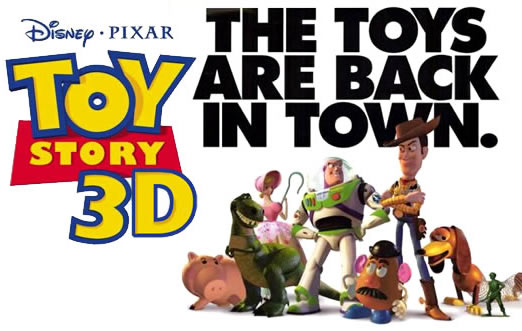 When I saw the advertisement appear upon my television screen, the excitement that flooded my very soul set my age back by ten years. Pixar made the decision of making a third installment of the Toy Story series, and many of our esteemed students (including myself) couldn’t wait for its release.

Anyone remember the absolutely heart-wrenching abandonment of Jessie the Yodeling Cowgirl in Toy Story 2? That sadness stretches throughout the entire film. In the third film, the toys end up at a local daycare by mistake, thinking Andy wished to dispose of them. Then they discover that the Lots-o’-Huggin’ Bear (who was discovered later in the film to have also been abandoned by his past owner),did not possess lots a warmth in his heart for the newcomers. I, as well as the five children in the theater, were highly creeped out by the bear and his torture tactics.

There are a few laughs to be had as the toys plan their escape from the dictatorship of the Lots-o’, such as Mr. Potato Head becoming Mr. Tortilla Face and Buzz’s Spanish mode. Barbie knocking around Ken interrogation-style was also quite hilarious/awesome.

The final scenes are where the waterworks begin. I found tears welling up in my eyes when they all held hands as they gravitated forth into the massive flames of the landfill, and again when Andy plays with them for the last time.

Overall, this film is excellent. The Toy Story series is one that will make you laugh, sob uncontrollably, and possibly inspire you to make a trip to your attic and drag out your old toys for childhood’s sake.

Watch it again? Buy it?: Yes